The History of Pantomime. With Panto in a Day.

Pantomime has been engrained in us for many centuries. And although we've adapted it to a more modern audience- adhering to men dressed as women, food being thrown around the stage and a crazy (yet predictably rehearsed) '12 days of Christmas' sing along we thought it'd be integral to study it's origins.
With this being Panto in a Day's first blog entry we thought it essential to revise the historical birth of Pantomime.
If you Google 'pantomime' (and let’s face it, that'll be the first stop before the library) the definition you will find is this;

A dramatic entertainment, originating in Roman mime,in which performers express meaning through gestures accompanied by music.

Instantly you can see how this has changed to our current association with 'Pantomime'. The word Pantomime derives from the Greeks, literally translating as 'imitating actor'. The Greeks were notorious for their tragic plays, with World changing authors such as Aeschylus, Sophocles and Euripides. Then someone somewhere decided life was being portrayed too seriously. And we, at Panto in a Day would personally like to shake his hand. He sounds like someone we would get on with. We can only assume, as his eyes became heavier at the third performance of Agamemnon at the festival of Dionysus Pantomime was born. Please don't get us confused, Euripides was known at the time for being a comic writer but we find it very unlikely he wrote the immortal pantomime line ‘it’s behind you’!

‘Pantomimes’ for children and adults alike started throughout Greece.


Including slapstick comedy for the younger ones and phallic costumes for the older ones, accompany the mimed story there’d be a narration with a flute and song. Such plays (or pantomimes, as we came to know them) become popular throughout Greece.

During the Middle Ages pantomimes developed from the well known ‘Mummers Plays’, increasingly popular at festivals to show a town's traditions within the community. 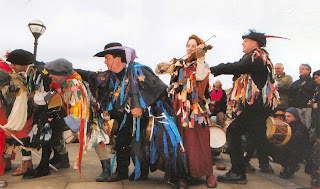 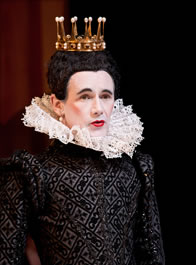 They contained a lot of the archetypical characters with coarse humour, slapstick fighting and fierce creatures. With the influence of gender reversal through Shakespeare’s ‘Twelfth Night’ and the law passed that Women weren't allowed to be actors we saw the birth of our classic Dame.

Quite simply, if you wanted the female character to be funny you made sure you picked a very masculine actor. Ironically today, we try to feminise our Dames as much as possible. Extravagant costumes, huge amounts of make-up and a high voice.

Across the continent, 'Commedia Dell'Arte' took Europe by storm. Originally created in Italy they introduced flamboyant costumes, comedic characters and female actors. The use of masks was to originally hide the person's face and create the 'every-man'. A lot of the Commedia Dell'Artes' shows had a huge political influence and by introducing the mask the audience couldn't pigeon hole the actor based on their looks. Such disciplines were so focused that troupes would perform to the general public, nobility and even Kings and Queens. Performing topical, fun and informative shows had just become financially viable and quite profitable. 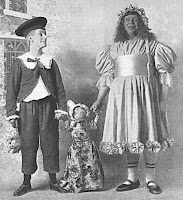 During the 19th century stories began to be adapted from classic European fairy-tales. The British public enjoyed shows that included the classic Harlequin character. (A comical protagonist). By 1897 ‘Babes In The Woods’ was shown in Drury Lane with a male dame, and male lead.


At the start and throughout the middle of the twentieth century fairy tales where still being adapted and the theatre owners noted an increased ticket sales at the Christmas period. This was partly due to the publication of Charles Dickens' ‘A Christmas Carol’ that was first published on 19th December 1943. Hence the pantomime is now shown at the festive period.
With the huge influence of Disney in the early and mid twentieth century writers lost fairy tales and realised incorporating current stories would sell more seats. However, some still stuck; ‘Aladdin’ is still hugely popular, based on an old Arabic folk tale. Panto in a Day performed ‘Aladdin’ in 2011. Dick Whittington is another story that comes from the 17th century and also another show Panto in a Day has performed back in 2010.

In conclusion, it’s obvious to see the growth of pantomime. From its origins to what we now know. Its structure was created with the Greeks, adapted into celebrations and folk stories throughout the middle ages and then modernised for a larger audience of today. Pantomime has always been at the forefront of modernisation to encapsulate it’s audience. Could one argue that the simplicity of the story is what sells the tickets? Or the nostalgic festive family tradition of ‘going to the local pantomime’? Whichever your view point Pantomime is timeless, and even with theatre's uphill struggle with current technology pantomime will continue to thrive- through profit and ultimately, entertainment.
Posted by Unknown at 05:50